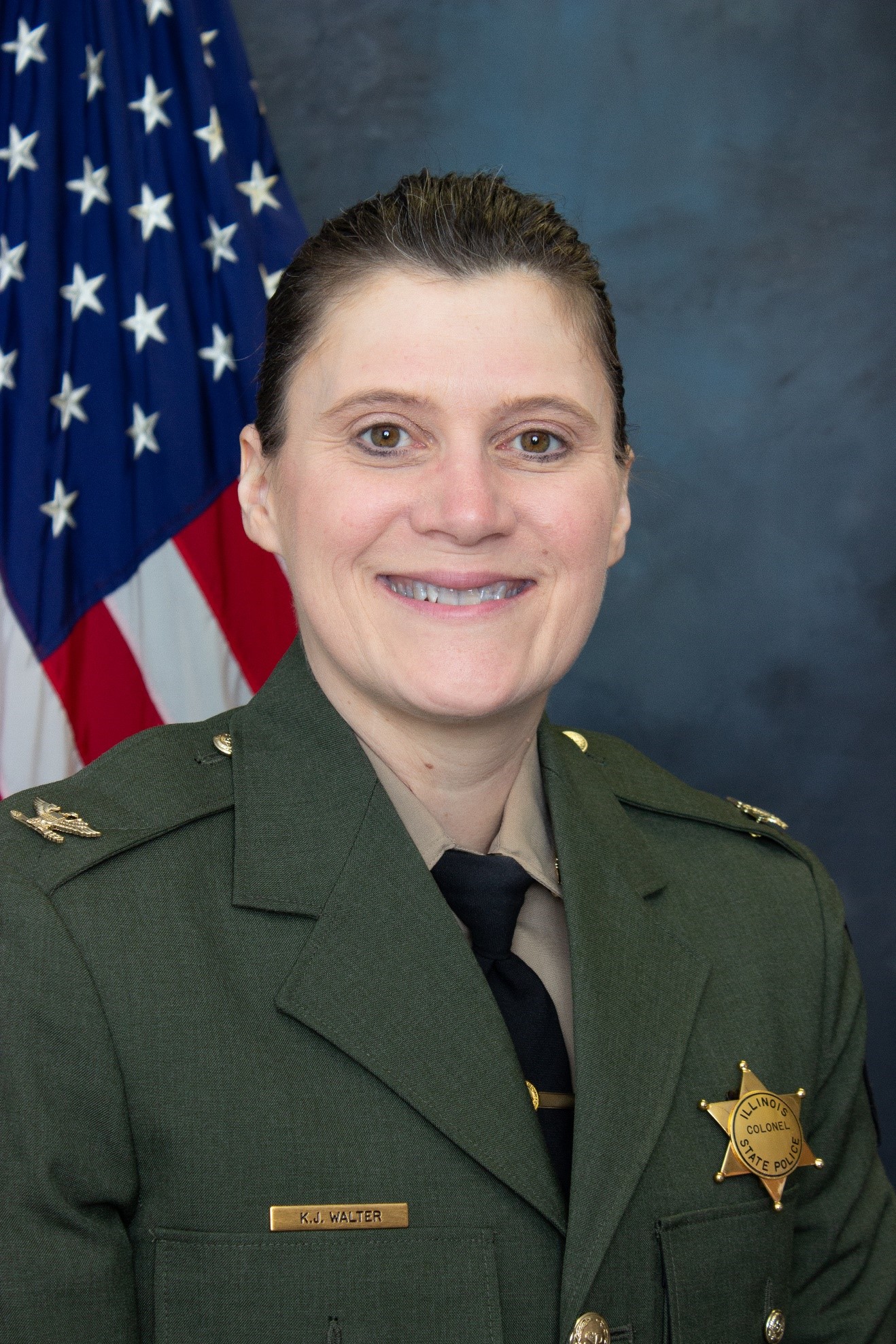 Assistant Deputy Director Michael Yokley began his career with ISP in 2002 in the Fiscal Management Bureau. He worked in accounting, property control, purchasing, and accounts payable prior to becoming the bureau chief in 2006. In 2018 the Budget Office and Fiscal Management Bureau were merged into The Office of Finance under the Director’s Office and he became the Chief Financial Officer for the ISP until his appointment to ADD. He holds a bachelor’s degree in communication from the University of Illinois.

Ms. Cindy Barbera-Brelle was appointed by the Governor’s Office as the first Statewide 9-1-1 Administrator on February 8, 2016 and reappointed for a two-year term in January of 2017 and August of 2019. She was previously the Executive Director of the Northwest Central Dispatch System (NWCDS). In this role she oversaw the day-to-day technical, administrative, and operational functions of the multi-jurisdictional 9-1-1 communication center that served eleven communities in northwest suburban Cook County. Prior to her incumbency with NWCDS, she served as a Director of the Cook County Sheriff’s Police Department where she oversaw its 9-1-1 emergency communication center for the unincorporated areas of the county. In addition to her work in the public sector, Ms. Barbera-Brelle was a Senior Program Manager with Printrak a Motorola Company. She oversaw the implementation of multi-agency computer aided dispatch and record management systems.

Ms. Barbera-Brelle earned her bachelor’s degree in law enforcement administration from Western Illinois University. She holds a master’s degree from DePaul University and a MBA from the Keller Graduate School of Management.