Colonel Margaret McGreal is a 24-year veteran of the Illinois State Police and serves as the first female Colonel of the Division of Patrol (DOP). In this role Colonel McGreal currently oversees both Support Services Command and Patrol Operations Command, which consists of 11 strategically situated Troops statewide, who work to provide comprehensive law enforcement services to the public as well as to fellow law enforcement agencies.

Colonel McGreal was born and raised in Hegewisch-- the most southeastern neighborhood in the city of Chicago. Colonel McGreal graduated from the University of Illinois in Chicago with a Bachelor of Liberal Arts and Science degree in Criminal Justice. 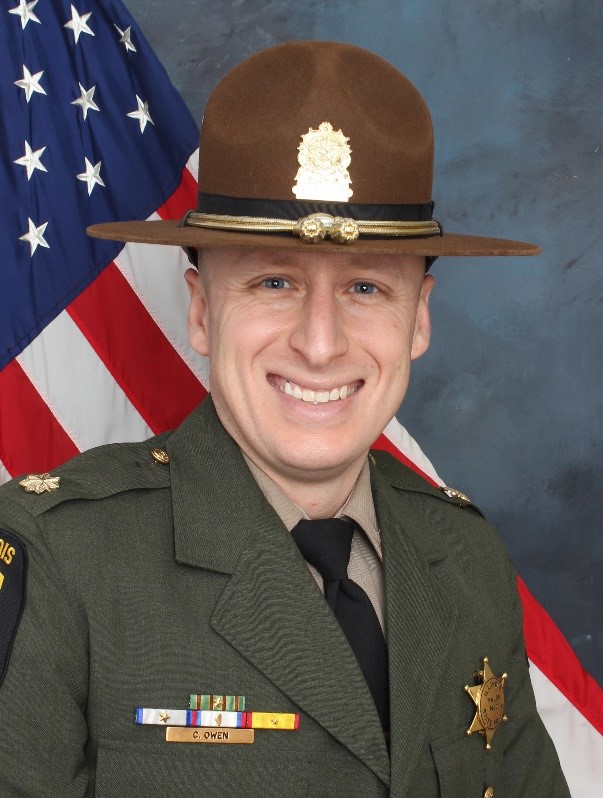 Lieutenant Colonel Christopher Owen was appointed as the Assistant Deputy Director for the Division of Patrol Operations Command. Before his appointment, Lieutenant Colonel Owen achieved a diverse background in the ISP having served as the Southern Patrol Commander, the Northern Investigative Commander, the Region III Commander, the District 9 Commander, the Division of Operations Chief of Staff, the Division of Operations Deputy Chief of Staff, an Executive Protection Unit Travel Detail Leader, the Statewide Criminal Interdiction Coordinator, a District 10 K9 Officer, the District 10 Special Enforcement Team Sergeant, and a U.S. Department of Justice D.E.A Task Force Officer. Lieutenant Colonel Owen is a graduate of Northwestern University’s Police Staff and Command School. He holds a bachelor’s degree in administration of justice from Southern Illinois University in Carbondale. Lieutenant Colonel Owen was instrumental in the development and implementation of a Criminal Patrol Section within the Illinois State Police responsible for removing criminals and contraband from the roadways and training Illinois State Troopers. 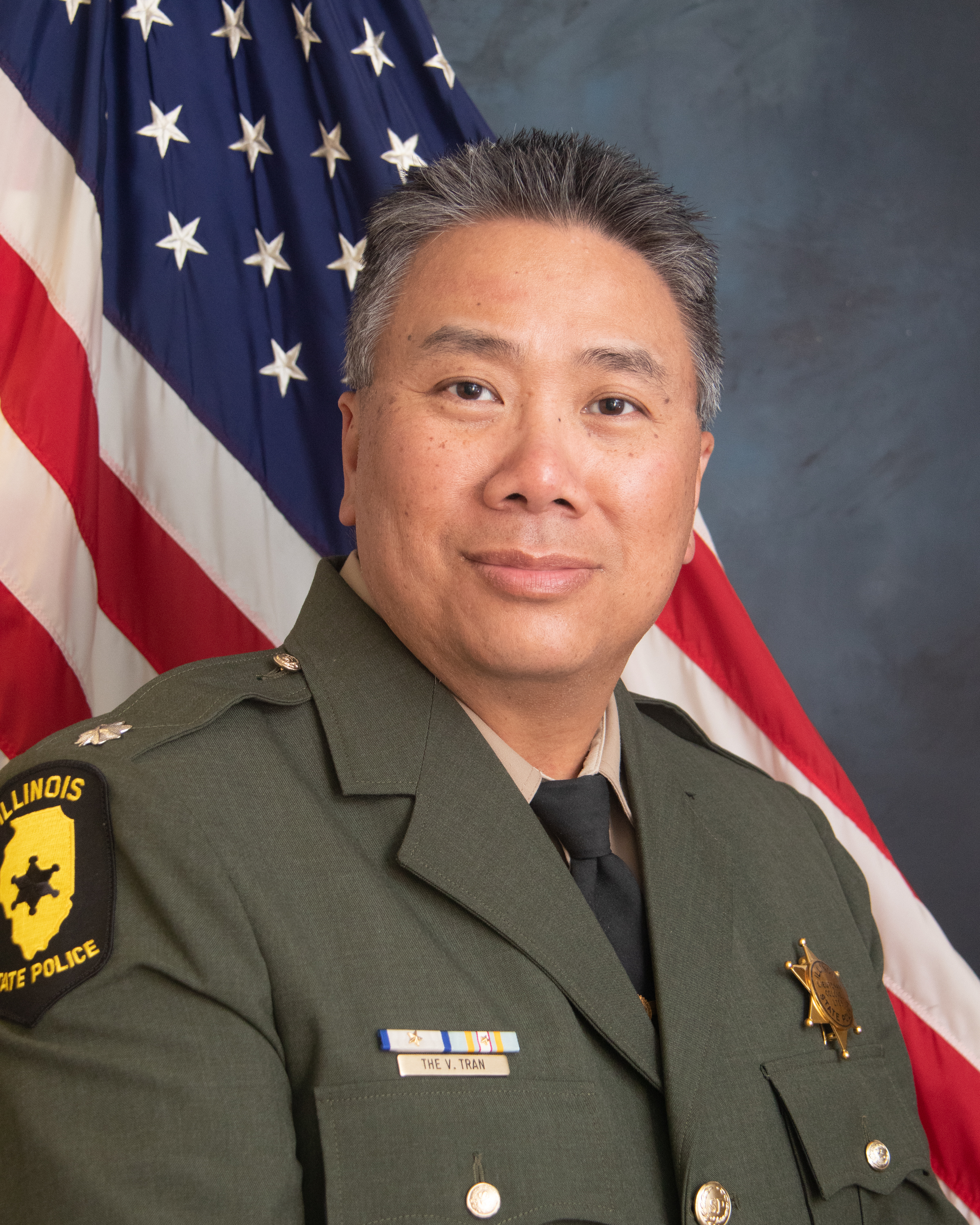 Lieutenant Colonel (LTC) Thé Tran currently serves as the Assistant Deputy Director in the Division of Patrol, Support Services Command. He has over 26 years of law enforcement experience, which began within the Illinois Department of Corrections and the Will County Sheriff’s Department. In 1997, he joined the Illinois State Police (ISP) as a member of Cadet Class 94. Upon graduation from the ISP Academy, LTC Tran was assigned to District 15, where he worked as a patrol trooper and an investigator. In 1999, LTC Tran transferred to the Chicago High Intensity Drug Trafficking Area/Narcotics and Currency Interdiction Team (HIDTA/NARCINT), and then Zone 1 Investigations.

In 2019, LTC Tran was assigned as the ISP’s liaison to the Illinois Emergency Management Agency (IEMA), State Emergency Operations Center (SEOC). His tenure at the SEOC was one of the busiest times in IEMA history, which dealt with unprecedented events such as: record breaking southern Illinois floods, COVID-19 global pandemic, CDC isolation plans, FEMA PPE push out, COVID testing, COVID vaccination security, and Chicago civil unrest/riot operations. In 2020, LTC Tran was appointed to Major and oversaw the Support Services Command Units, which included the SEOC/Strategic Planning Section, Protective Services Unit, Executive Protection Unit, Commercial Vehicle Section, Safety Education Unit, Motorcycle Enforcement Bureau, Vehicle Identification Office, Crowd Control Team, and the statewide Criminal Patrol Team (CRIMPAT). Most recently in 2021, LTC Tran was appointed to serve as the Assistant Deputy Director for the Division of Patrol. He is the first Asian-American to be appointed as Lieutenant Colonel within the ISP.

LTC Tran earned a bachelor’s degree from Northeastern Illinois University, and a master’s degree from Western Illinois University. He is also a graduate of the Southern Police Institute from the University of Louisville. LTC Tran was born in Vietnam, and his family escaped the war-torn country during the Fall of Saigon. Entering the United States as a young refugee with nothing, has taught LTC Tran to always show compassion for others and to never take things for granted.